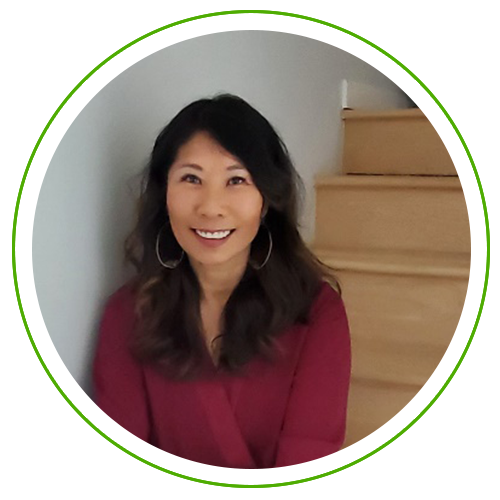 Susan has been a believer of living life boldly and is always undertaking new challenges to learn and grow. She grew up in Singapore, was on the Singapore National Junior Team for bowling while in high school, and at the age of 17, came to the United States to attend college. She went on to law school after attaining her Master’s in Business Administration (MBA) degree and was one of the youngest persons to graduate from her law school class at Case Western Reserve University School of Law. She was a corporate lawyer at some of the largest law firms in Chicago and Ohio, and then became Associate General Counsel and General Counsel for private and public traded technology companies. In 2009, she started her own law practice with a law partner and now acts as outside General Counsel for various technology firms.

In 2016, Susan singlehandedly launched the Seattle chapter of LWT (Leading Women in Technology), a non-profit organization focused on advancing leadership skills in women. She grew it into a well-recognized and respected organization in Seattle and helped many women complete LWT’s signature leadership program to become effective movers and shakers in their careers. During the four years of Susan’s tenure as Chair of the Seattle LWT Leadership Team, she was able to successfully develop the presence of LWT in Seattle, and along the way, gained the support of some of the world’s largest companies as sponsors for LWT.

Susan’s mantra of living life boldly goes beyond her professional life. Despite not knowing how to ride a bicycle and having panic attacks whenever in deep water, she was determined to be a triathlete and completed (with lots of tears from extreme exertion, joy and amazement) the Western Australia Ironman race within a year of picking up the sport. For her last milestone birthday, she successfully completed one marathon each month to challenge herself. She has not let fear stop her from learning and doing things that have been (in her words) “truly quite terrifying” for her – from stepping on stage to compete in a body building competition against women half her age to conquering mountain summits through snow and rock scrambling.  Susan does not consider herself as an extraordinary athlete of any sort – just a very ordinary one but with the deep belief that if one is passionate enough about conquering a new challenge, it is always possible with a positive attitude, perseverance, confidence in one’s own abilities and the willingness and desire to learn something new.

Susan also truly enjoys meeting new people, cultivating relationships, and connecting people together. She loves to inspire others and understands the importance of having a community to support other women like her who ascribes to the notion that knowledge is empowering and that there is no slowing down in life’s learning and achievements.

In September 2019, Susan launched The Koa Club as a passion project – combining her love of connecting people, her belief in the need to empower women with knowledge and skills, and her desire to challenge others to be brave in trying new things.  The mission of the club is to provide women achievers everywhere with the opportunity to learn a myriad of professional and practical life skills, while building effective allyships with other women who are similarly unafraid to grow, self-reflect, have fun, take charge, inspire and support others. Through the club, Susan is grateful to have met so many strong, inspiring, and trail-blazing incredible women, whom have supported, encouraged and rallied around her.

Susan has been featured in the December 2019 Seattle Business Magazine as a “Daring Woman”. She was also interviewed and included as a feature in the Fall 2020 America’s Women Magazine for their inaugural Seattle Edition. In March 2021, Susan’s story about her passion for empowerment of women was highlighted by the Singapore Global Network on International Women’s Day.

Last but not least, one of Susan’s greatest joys is being a tiger mommy to her really cute and fearless beagle pup, Koa. 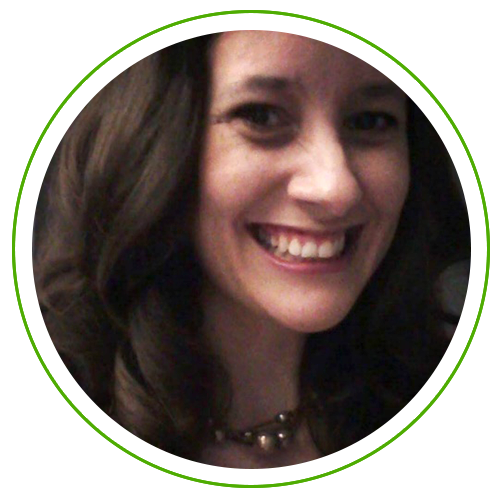 Robin has always been passionate about delivering phenomenal service to customers. She has worked in the service industry all her life, including being a flight attendant and in these service roles, she quickly developed a knack for understanding and caring for customers, who in turn, really enjoyed interacting with Robin because she is naturally empathetic, funny, warm-hearted and she takes the time to appreciate and listen to them.

As Membership Manager and Koa Ambassador for The Koa Club, Robin works hard to assist the Club’s members with their needs and requests to the club and she is constantly at hand to solicit their feedback and thoughts on programming, features and benefits provided by the Club to help the Club in improving its offerings for members. Robin’s key focus is to engage with the Club’s members to ensure that members are having optimal experience through the club.

Robin’s interests include travel, studying history, cultures, food, and foreign languages, she is also an artist that dabbles in painting, drawing, and fused glass. Robin received her Bachelor’s Degree (BA) in Theatre and to this day, is grateful for the skills she learned from that degree, as well as the many other careers she has dabbled in.

“I love that The Koa Club provides the opportunity to enrich skills and broaden peoples’ knowledge while connecting with a group of diverse individuals. Building a community of people that helps enrich each other excites me and I am grateful to the Club’s founder, Susan Seah, for their long-lasting friendship and this new opportunity.” 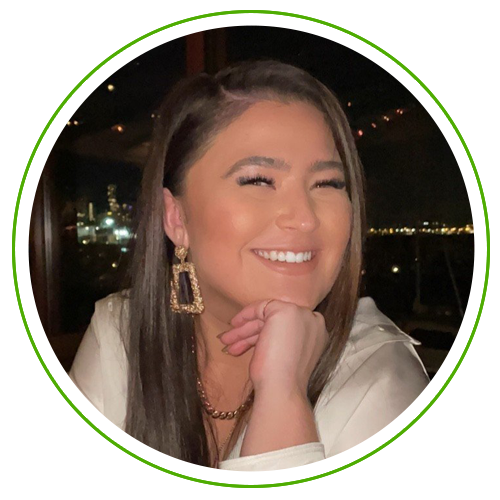 Even as a young professional, Gillian is already a strategic problem solver, a team player, an entrepreneurial thinker and an initiative taker. She has worked her way up the ranks in her career from a young age, handling a variety of roles with expanded responsibilities at each stage. Prior to working with The Koa Club, Gillian was the on-site program coordinator for a women only non-profit organization, which ignited her interest in working closely with other women in leadership and continuing her own professional and personal growth.

As Program Manager of the FollowMyLead Programs, Gillian is responsible for coordinating with participants and speakers for the Program, assisting with Program workshops, gathering and distributing useful resources to participants, and managing participants’ and speakers’ questions, comments and concerns. Gillian also works behind the scenes on The Koa Club TV Channel, ensuring success of the video shoots and maintaining the schedule and video uploads for The Koa Club TV Channel.

“The main catalyst for my desire to be involved with The Koa Club is that I have noticed how people were always so reluctant to step outside of their comfort zones to try and/or learn new things – this became blatantly obvious to me after I completed a marathon – I would not consider myself a runner by any means, so this was something I never could have imagined myself doing, putting me the furthest I could get from my comfort zone. Though absolutely terrified of the hurdle, I powered through the mental and physical blocks and completed the marathon, through the encouragement of the Club’s founder, Susan Seah, and my family and friends. As I crossed the finish line, I came to realize that every day we decide to stay within the confines of our comfort zone by not trying new things, the more we miss out on the incredible experiences that stick with us forever and the people with whom we never would have met and created lasting relationships. Completing the 26.2-mile distance made me feel empowered in a way I had never felt before and my hope is that the members of The Koa Club can find the same feeling of empowerment through our programs, workshops and community – whether that be from something as simple as learning how to change a tire, acquiring new leadership and professional skills, or even gaining the courage to accomplish a daring goal of your own!”

the koa club advisory board

The Koa Club is privileged to work with many women achievers who continue to inspire us with their passion, energy, wisdom and boldness. The Board’s expertise and dedication are critical to the success of The Koa Club’s mission. The Koa Club is indebted to these extraordinary women who sit on The Koa Club Advisory Board. 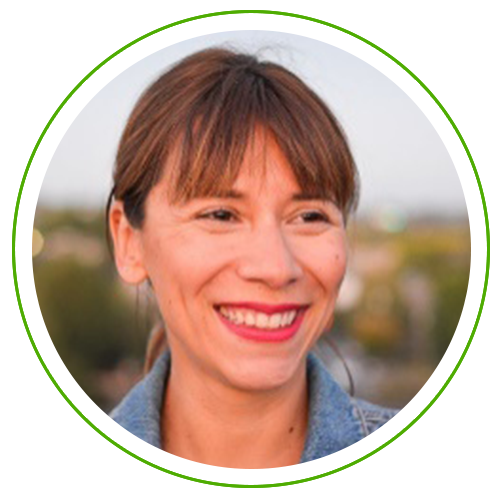 Yessica has over 20 years of experience in a diverse range of roles within the retail industry from developing sales plans to leading teams in support of a billion-dollar website. She thrives in creating structure from chaos and seeing her team and organization succeed. Yessica’s ability to listen and focus on the teams success has gained her awards and recognition as an inspiring leader. She is now focused on creating features that will enable people around the world to realize their dreams through thoughtful collaboration and continuous innovation. Yessica’s favorite quote is “If you want to go fast, go alone. If you want to go far, go together” (an African proverb).

“There many proud moments throughout my career and a lesson learned through each one. The moment that stands out the most was when I was awarded the Inverted Pyramid award at Nordstrom. The award recognizes a leader for many things including empowering others, leading by example, establishing a vision of excellence. This award meant so much to me because my team and their success meant the world to me. The lesson I learned from the comments received was that my focus on their growth and success as individuals helped create purpose in their work which led to our success as a team.” 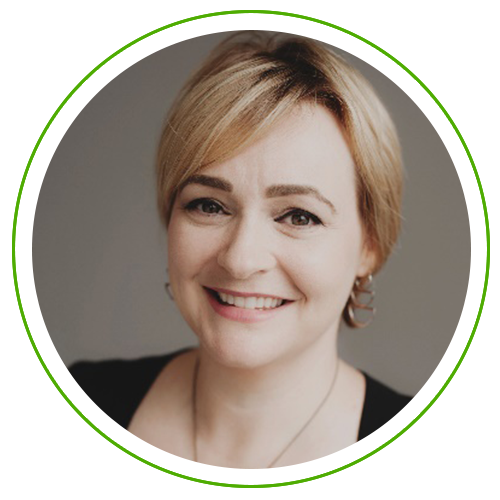 Focused on strategic planning and financial analysis, Amanda shapes forward-looking decisions by connecting leaders with the information they need. As a storyteller, she makes finance concepts understandable and illustrates how decisions impact growth and business resiliency.  She currently leads Commercial Finance at Hotwire, an Expedia brand company. In addition to her current role, Amanda has had a great variety of experiences, including negotiating resort development deals in Japan, scaling global call center growth, establishing rigorous technology investment processes, and managing online marketing channel efficiency. Throughout her career, she’s navigated changing business models and evolving strategic direction for large organizations. Amanda has a BS in Biology from Wake Forest University and an MBA in Finance from Wharton. 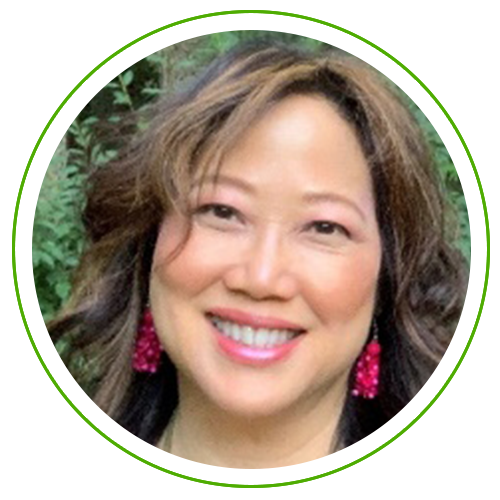 Angeline is a customer focused advisor who provides creative and privacy compliant solutions for teams that create innovative and cutting-edge technologies.  She was an in-house counsel for over a decade, negotiating a variety of commercial contracts with multi-national corporations before deciding to focus on privacy full-time.  She now works at Microsoft providing privacy support to teams working in artificial intelligence.  Angeline is a member of the leadership team of the Seattle Chapter of LWT, a non-profit organization focused on advancing women’s leadership skills.  In her free time, Angeline is committed to finding all the best pastry shops in the greater Seattle area. 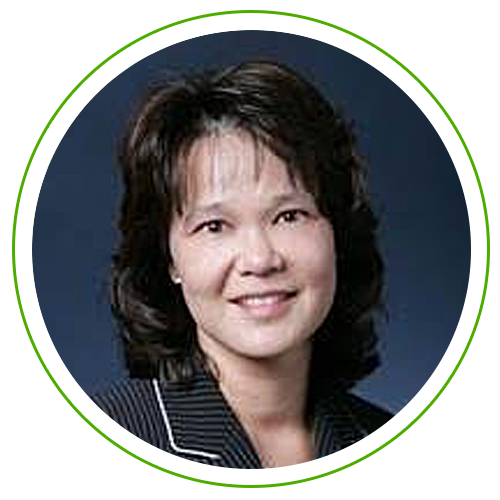 Cara Ching-Senaha is inspired by working with, learning from, and giving back to other high-achieving women.  She has donated thousands of hours of her own time on a wide range of passion projects, including most recently as a founding member of the California Lawyers Association’s (fka State Bar of California) Diversity Equity and Inclusion executive committee, and a member of the Advisory Board for The Koa Club.For more information on Cara, see her Linked-In Profile: https://www.linkedin.com/in/cara-ching-senaha-4218a866/.

After years of working as a partner at one of the largest and well-known national firms, Cara took the leap and silenced the skeptics who said law firm partners can’t make the transition to in-house.  To do this, Cara believed in herself and followed her passion, with great support and encouragement from family and friends.