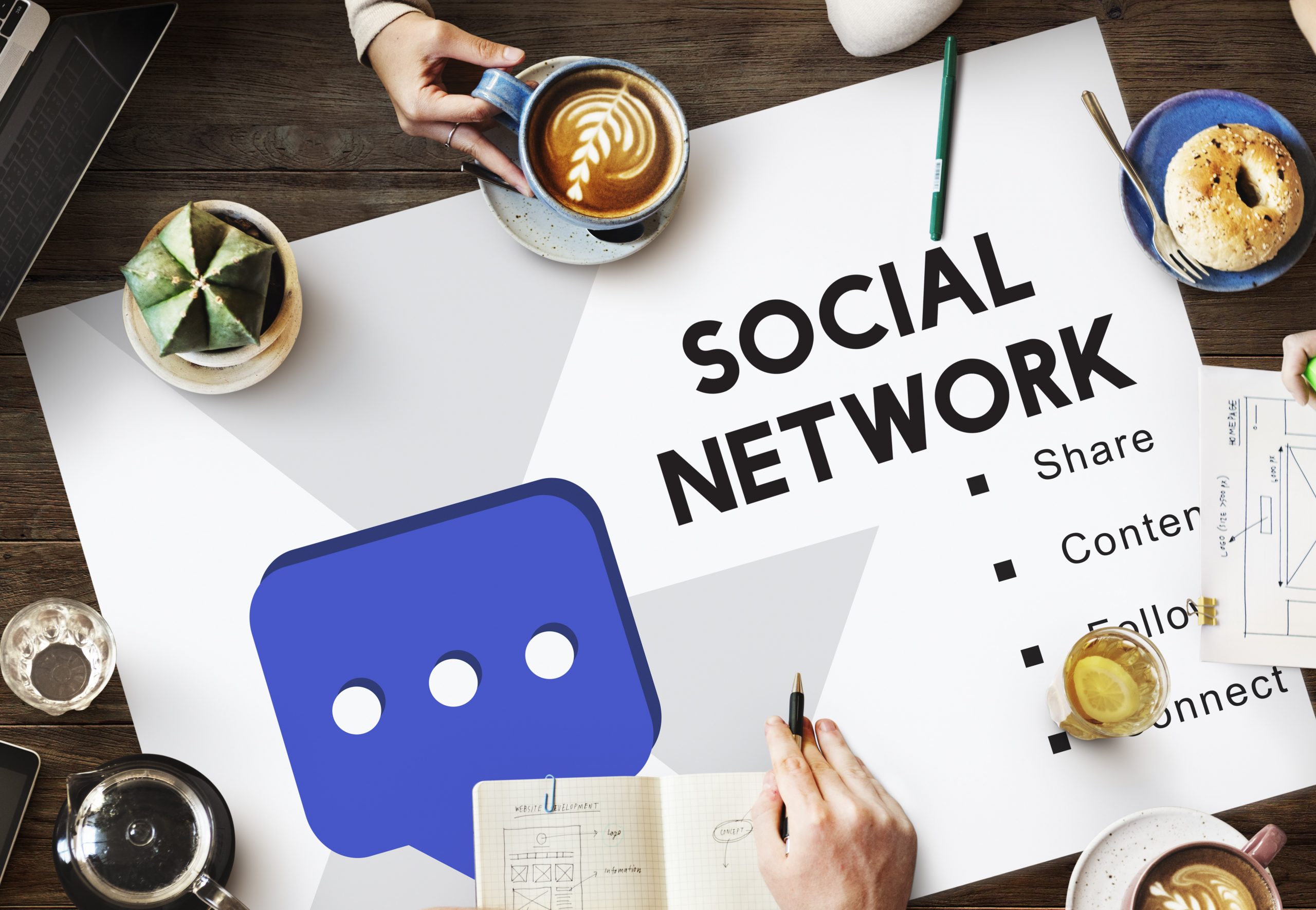 A couple weeks ago we announced the introduction of the Koa Network, a closed private social network within The Koa Club for use by the Beyond Awesome Members.

Once your profile is set up, you can start playing in the Koa Network. 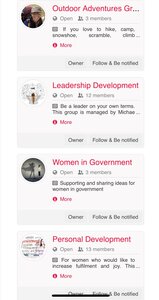 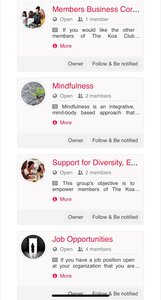 When joining these groups,  members will have the opportunity to share insights, questions or comments with each other.

We are continuing to create new groups, which are managed for the most part, by our incredible women members who are experts in, or who are really passionate about, these selected topics.  A number of The Koa Club speakers have also formed groups inside the Koa Network, so they can continue to engage and share with our members.  Here is an example of a group titled “Leadership Development” started by Micha Goebig, Founder of Gobig coaching and creator of the really useful “Unlearn” series. 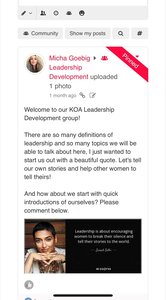 Here is a share from another group “Personal Development” managed by Carol Elizabeth where she uploaded a short inspiration soundbite to share with the members: 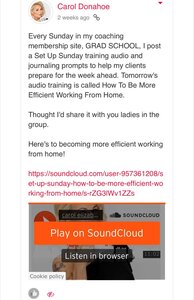 Besides posting stories, pictures, commentary and thoughts in the Koa Network, members can also invite another Beyond Awesome Member to connect as a friend in the network and privately chat with each other through the network.  It allows for continued conversations that may have begun at a workshop and continues afterwards in the network to build rapport and support for each other.

Participating in the Koa Nework